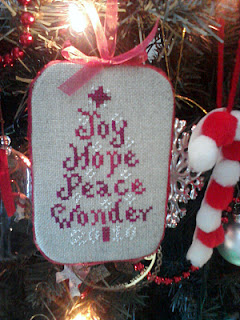 As we wave goodbye to Christmas for another year, I wanted to share a last couple of stitched ornaments.  The first was done up for Michael's mother, using the lovely complimentary design "Holiday Spirit" put out by Samplerbird Stitchery.

I wanted the year on the piece, and was afraid of making the ornament too large (I'm not sure she still puts up a full-sized tree), so I opted to take off the last line, and sort of wish I hadn't.  The year and the little embellishments between the words are done in silver thread.   I really loved the way it turned out, and I may stitch this one up again next year, possibly multiple times in various colors. (I say that now, but we all know I'll find a hundred other patterns I simply must do.)

(oops, hit save before I was finished...stay tuned...)

The other ornament is the big surprise for Michael - but he's seen it now, so I can share - in all it's unfinished glory, because I still have two sides left to stitch and attach. 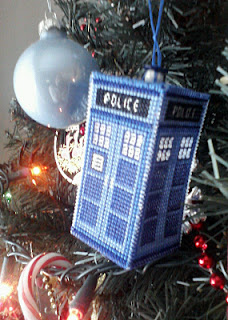 Now, you're either going 'oooh' or 'huh??' right now, aren't you?  This is the TARDIS from Dr. Who, cleverly disguised as a 60s era Britsh police phone box.   I got the design idea in my head in a flash - had to compromise a wee bit on the 'police' label simply because of the constraints of plastic canvas and the size of the piece.  Each side is 40x20 and while you can't see it in these pictures, there's a hole in the bottom to poke a christmas light through.  The windows are left unstitched - and strangely, if the lights are flashers, it looks like the TARDIS is doing it's whoosh-whoosh thing, (Oh how I'd love to be able to add a little computer chip with that sound effect!) 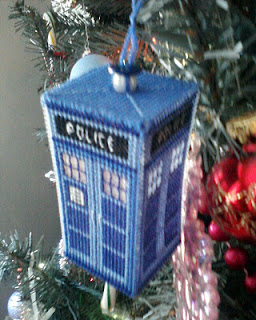 I was especially pleased with the light on top - an iridescent pearlized plastic worry bead and a blue button, and the blue thread tacking them together makes the four corners of the light's framework.  For something so simple, it looks remarkably accurate to me!

I already have instructions from Deanna to make one for her next year, and here in the next few days, I'm going to get my homegrown graph useable by others and make it available on Etsy. I figure it'll have a small but enthusiastic response!

YOU CAN ALSO FIND ME AT: 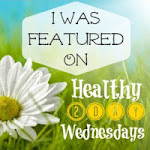 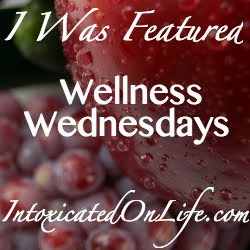